Have you been lied to about the health benefits of canola oil?

If you’ve been following my fitness newsletters for some time, you may have noticed that I NEVER include canola oil in any of my recipes or any of my lists of healthy foods.

Many people have asked me why, because all they hear in the mainstream media is that canola oil is “heart healthy” and a good source of monounsaturated fats similar to olive oil.

Well, first of all, you need to realize that much of what you hear in the mainstream media has been influenced by heavy handed marketing tactics by big food companies.  Canola oil is cheap for them to produce so they want to fool you into thinking it’s a “health oil” so that people, restaurants, etc will buy it up as their main oil of choice.

The dirty truth about canola oil is…

Canola oil is made from something called rapeseed. Rapeseed actually had to be bred over the years to reduce the percentage of a problematic component of rapeseed, which is erucic acid.

However, these websites that defend canola oil are barking up the wrong tree because they don’t address the issue of the processing of canola oil and oxidation of the polyunsaturated component of canola oil, and formation of large amounts of free radicals, which is what makes it unhealthy for human consumption, and why it causes massive inflammation in your body and harms your cell membranes.

THAT’S the real issue that they either don’t understand (because they are not nutrition experts) or are simply ignoring. 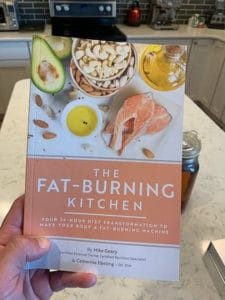 Let’s look at the REAL issues with canola oil:

While we’ve been led to believe that high monounsaturated fat oils are good for us (which they are in the case of virgin olive oil, avocados or from unprocessed nuts or seeds), the fact is that canola oil has more detriments than it does benefits.

As you may have heard me talk about in other newsletters or popular articles, one of the biggest problems with highly processed and refined vegetable oils such as corn oil, soybean oil, and yes, even canola oil, is that the polyunsaturated component of the oil is highly unstable under heat, light, solvents, and pressure, and this heavily oxidizes the polyunsaturates which increases free radicals in your body.

The end result of all of this refining and processing are oils that are highly inflammatory in your body when you ingest them, damaging your cell membranes, contributing to heart disease, weight gain, and other degenerative diseases.

The reason that extra virgin olive oil is good for you is that it is generally cold pressed without the use of heat and solvents to aid extraction, and also contains MUCH LESS polyunsaturated fats than canola oil, so is therefore more stable.  EVOO also contains important antioxidants that help protect the stability of the oil.

Canola oil, on the other hand, is typically extracted and refined using high heat, pressure, and petroleum solvents such as hexane.  Most canola oil undergoes a process of caustic refining, degumming, bleaching, and deoderization, all using high heat and questionable chemicals .

Does canola oil even have trans fats?

Even worse, all of this high heat, high pressure processing with solvents actually forces some of the omega-3 content of canola oil to be transformed into trans fats.

According to Dr. Mary Enig, PhD, and Nutritional Biochemist, “Although the Canadian government lists the trans fat content of canola at a minimal 0.2 percent, research at the University of Florida at Gainesville, found trans fat levels as high as 4.6 percent in commercial liquid canola oil “.

And this is the crap that they are marketing to you as a “healthy oil”!

As you can see from the details above on how canola oil is processed, it is barely any healthier for you than other junk vegetable oils like soybean oil or corn oil.  The bottom line is that it is an inflammatory oil in your body and should be avoided as much as possible.

The only canola oil that might be reasonable is if you see that it is “cold pressed” and organic. Most canola oil is NOT cold pressed or organic, so you might as well choose oils that you know are healthier.

Your best bets are these truly healthy oils:

Now you know to NOT be fooled by food labels claiming that they contain “healthy canola oil”… as you can see, this couldn’t be further from the truth!  Choose some of the healthier options above and your body will thank you!

On the next page , I’ll show you why you should STOP eating whole wheat bread, energy bars, soy milk, homogenized milk, and certain cereals if you want to stay lean and avoid diseases such as heart disease, cancer and diabetes …plus you’ll discover the popular restaurant plant-based “side dish” that CAUSES heart attacks according to one published study: